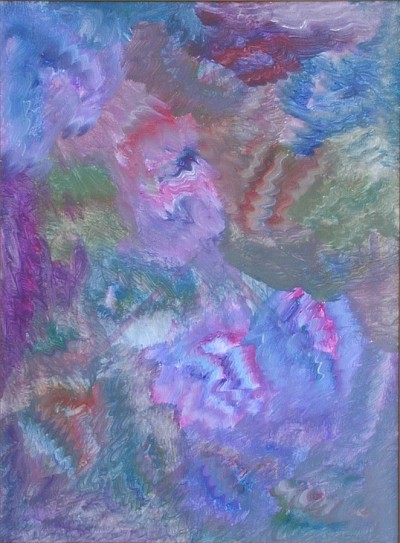 Treatment of Subtle Bodies and the Energetic Structure

Angelic Spiritual Healing acts on the subtle bodies surrounding our physical body, liberating them from the fetters placed in our energetic structure by painful circumstances in our past. The treatment acts on the three levels of body, mind and soul and allows the whole being to recover its vitality, harmony and health.

This healing technique, also called Energetic Harmonisation, was already known on planet Earth at the end of the Atlantis civilization and in Pharaonic Egypt. It was reintroduced in America in 1989, and in Europe in 1993, by the Quebec medium Marie Lise Labonté. The Xedah Angels, initiators and guardians of this teaching, transmitted detailed instructions to her while she was in a state of profound trance.

Angelic Spiritual Healing allows intervention on the energetic flux that nourishes the first seven subtle bodies which surround our physical body. Our physical body constitutes only a small part of our being, the more dense part and the more perceptible by our senses, but we are not limited to this material body. We are beings of energy, and matter is only the roughest form of energy. The subtle bodies wrap around our physical body like cocoons or Russian dolls. The thickness of each body can vary between 40 cm and several meters, depending on the spiritual development of the person. It is said that the subtle bodies of Christ or Buddha were perceptible at a distance of several kilometres.

On the level of energy, there is no separation between us and other people, no more than between us and animals, plants, minerals and objects which have also, like us, an energetic envelope or aura. The presence of these interpenetrating energy bodies allows us to understand the notion of interrelation - everything is related! We are part of a vast energy network that generates all the phenomena of the universe, from the rotation of galaxies to the movement of elementary particles, including all the current events and all our physical and mental actions.

We can also understand these different bodies as more and more subtle levels of consciousness. The first three bodies are directly linked to our present incarnation on Earth, but they can also contain memories of past lives. The first subtle body is the etheric body, the closest to the physical body, which constitutes an energetic replica of all our tissues and organs. The second body is the emotional body. It contains all the emotions that we have crystallised since our birth, and sometimes emotions coming from intra-uterine life or past lives. The third body is the mental body. It contains all the thoughts, beliefs and conditioning, ours and those we have inherited, received or borrowed, during our life.

The fourth body, the astral body, contains karmic imprints coming from our past lives. This body is linked to our present incarnation and also to our other lives on Earth or in other worlds. The fifth body is the supra-astral body. This body makes the link, and at the same time creates a protection, between our earthy bodies and our celestial bodies. The sixth body is the celestial body. It is the body, or level of consciousness, where our guides reside, as well as angels, archangels and spiritual masters. The seventh body is the light body. It links us directly to the Source or the Divine. It is the vehicle that the soul uses to rise toward the Source after death.

Each body is nourished by a river of prana or vital energy, called the median line, which flows along it from head to foot. When this energy flux is obstructed, the body is badly nourished, looses its vitality and atrophies, and this deficient state can affect the other bodies. If these energetic blockages persist, they can manifest in the physical body in the form of symptoms. The purpose of Angelic Spiritual Healing is to liberate these obstructions in order that the being in its wholeness can recover its vitality, harmony and health.

The energetic harmonisation of the seven bodies consists of two treatment sessions. The first one treats the first four bodies, and consists of liberating them from their obstructions. The therapist starts by auscultating the median line of the different bodies with his hands to localise the configurations that obstruct the free circulation of energy.

We have ourselves placed these blockages in our energetic structure following painful circumstances in our existence. If these defenses were useful to us at one time in our lives, they generally loose their usefulness years or decades later, but they are still there and continue to obstruct the flow of our energy. Different types of configurations exist that can be represented as physical obstacles, in order to better understand them.

By channeling the angelic healing energy, the energy of light and love, the therapist will intervene with the different configurations that obstruct the normal flux of energy. After the treatment the patient will feel lighter, liberated from obstacles and the wounds that have cause them. It is then up to the patient to renounce them definitely and not to let them recrystalise.

The second session treats the three superior bodies. Those are not subject to obstructions like the first four. However, their energy level can vary according to the quality of their link with the source of cosmic energy, the psychical balance of the person and her spiritual development. In addition, as each body has the role of nourishing the bodies it contains, it is the energy of the superior bodies that nourishes the earthly bodies. The second part of the treatment consists simply of energising these bodies using angelic energy channeled by the therapist. Then the patient will have an additional supply of energy to nourish and heal his different bodies, because, at the last resort, he alone is responsible for his healing.

The treatment acts at the three levels of being, the body, the mind and the soul. It allows the patient to recover her inner peace and her joy of living and creates a state of well-being and openness that stimulates the immune system and reinforces the natural healing power of the being in its wholeness.

The healing teachings of the Xedah Angels contain other more specific interventions for the treatment of the Chakras, the Heart, the Consciousness and the Sushumna Channel.