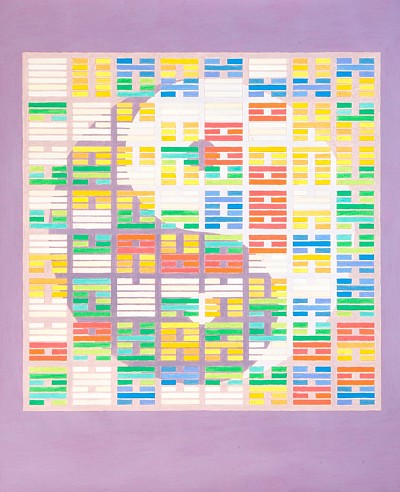 The I Ching is the first of the Five Classics of Chinese culture, the books that every scholar and every high-ranking civil servant, in China, was required to know by heart. “I” means change, and “Ching” means classic. It is then the Classic of Change, it is also called the Book of Change. The origin of the I Ching goes back to more than 4000 years ago, to the legendary Fu Xi, founder father of the Chinese people, who is supposed to have discerned the trigrams on the back of a tortoise. The history of the I Ching starts at the bronze age, in the middle of the second millennium before our era, with the discovery of divination by the animist seers of the Shang dynasty. At that time, liturgical sacrifices were performed to determine the appropriate time to accomplish every important undertaking: planting out and harvesting rice, going for a journey, declaring war. It was observed that when pieces of meat were roasted in offering to divinities, cracks appear on the bones. The Chinese thought first that it was the way the spirits were answering human requests. But little by little they came to the conclusion that it was the quality of the moment more than the goodwill of the gods that was important and that created the cracks. Their pragmatic side led them progressively to do without the intervention of the gods. They ceased to perform expensive sacrifices and created a new ceremonial, using tortoise shells on which they apply firebrands. For the Chinese, the tortoise is a living form at the image of the universe. Who could better than her answer the interrogations of men on the quality of time? These shells were then carefully stored and archived. To remember their interpretations, the seers, becoming scribes, carved little signs beside the cracks. It is these signs which gave birth to the ideograms of the Chinese writing. They observed, thanks to their archives – hundreds of thousands of tortoise shells have been recently found – that the same cracks reappeared with similar meanings. So, starting from empiric data, a very structured system was developed, which became, after centuries of trial and error, the I Ching that we know today. According to the legend, the text of the I Ching was written by King Wen, in the prison where he was locked up by the tyran Di Xin, in the 12th century before our era, and then completed by his son, the Duke of Zhou. It was later polished up by generations of scholars, until the definitive text, the canonical text, was carved in stone, in Xian, in 572 of our era.

The philosophical principle of the I Ching is that everything in the phenomenal world is in perpetual change. No situation is fixed and permanent. The universe, and the ten thousand things it contains, is composed of two types of energy, the yang energy, creative, and the yin energy, receptive, which combine in various proportions and configurations. To represent these multiple variations, the Chinese invented a graphic system, the hexagrams.

A hexagram, as its name suggests, is a set of six lines. Each of these lines can be either yang, it is then a solid line, either yin, it is then a broken line. There are 64 possible combinations of these six yin or yang lines. The 64 hexagrams represent 64 archetypal situations, those which always came back in the interpretation of the cracks on the bones and the tortoise shells. As nothing is fixed, but as every situation evolves and transforms into a new situation, every hexagram transforms, similarly, into a new hexagram. Every line, indeed, mutate at a certain moment into its opposite, a yang line becomes yin, stays yin for a certain period, then mutates again and becomes yang again. And inversely for a yin line. This process happens of course for each of the six lines, some lines will mutate together, others individually. For each hexagram it represents 64 possibilities of mutation. Each of these 64 possible mutations will produce a new hexagram, called hexagram of perspective, which is going to refine the meaning of the basic characteristics of the hexagram of situation. The coupling of these two hexagrams gives a total of 4096 different situations. We understand thus the precision and the sophistication of this system.

The text of the I Ching itself is relatively short as it counts only 4082 ideograms. Each of the 64 chapters starts with the drawing of the hexagram, followed by its name, defining the situation — for example waiting, revolution, obstruction, great strength, getting together, retreating, abundance, etc. It comprises then the judgement, a short summary of the situation giving often strategic advice to deal with it. It ends with six small texts explaining the particularities of the changing lines, what each of them adds to the situation, as well as advice to approach this particular aspect of the situation. The canonical text includes also the Ten Wings, classical commentaries attributed to Confucius, who was also a great adept of the I Ching.

What is unusual in the I Ching, is the way to determine the hexagram and its changing lines corresponding to the situation that is preoccupying us. It is chance that is going to determine them, if however one considers that chance exists! There are two main methods to cast the I Ching or, more precisely, to calculate the hexagram and its changing lines, the classical and elaborate one of the stalks, which implies the subtle manipulation of 50 yarrow stalks, and coins one, more recent and fast, which consist in throwing three coins six times in a row.

Before to use stalks or coins, it is necessary to determine carefully what one wants to ask the I Ching. It is appropriate to write down the question, using an action verb whose subject is the consultant, and to remember, while asking the question, that the I Ching does not answer by yes or no, and does not predict the future. It reveals objectively the present situation and its characteristics – which the consultant generally doesn't perceive clearly – and suggests solutions, lines of conduct or strategies to make the best of it. It should be noted that, in the absolute, no situation is fundamentally good or bad. They have each their place, and their part, in the play of existence, and, as they are not permanent, they are going to evolve and change soon or later. The Chinese wisdom says that one should not overly rejoice in good situations, because they can only deteriorate, and not lament too much in catastrophic situations, because they will necessarily improve.